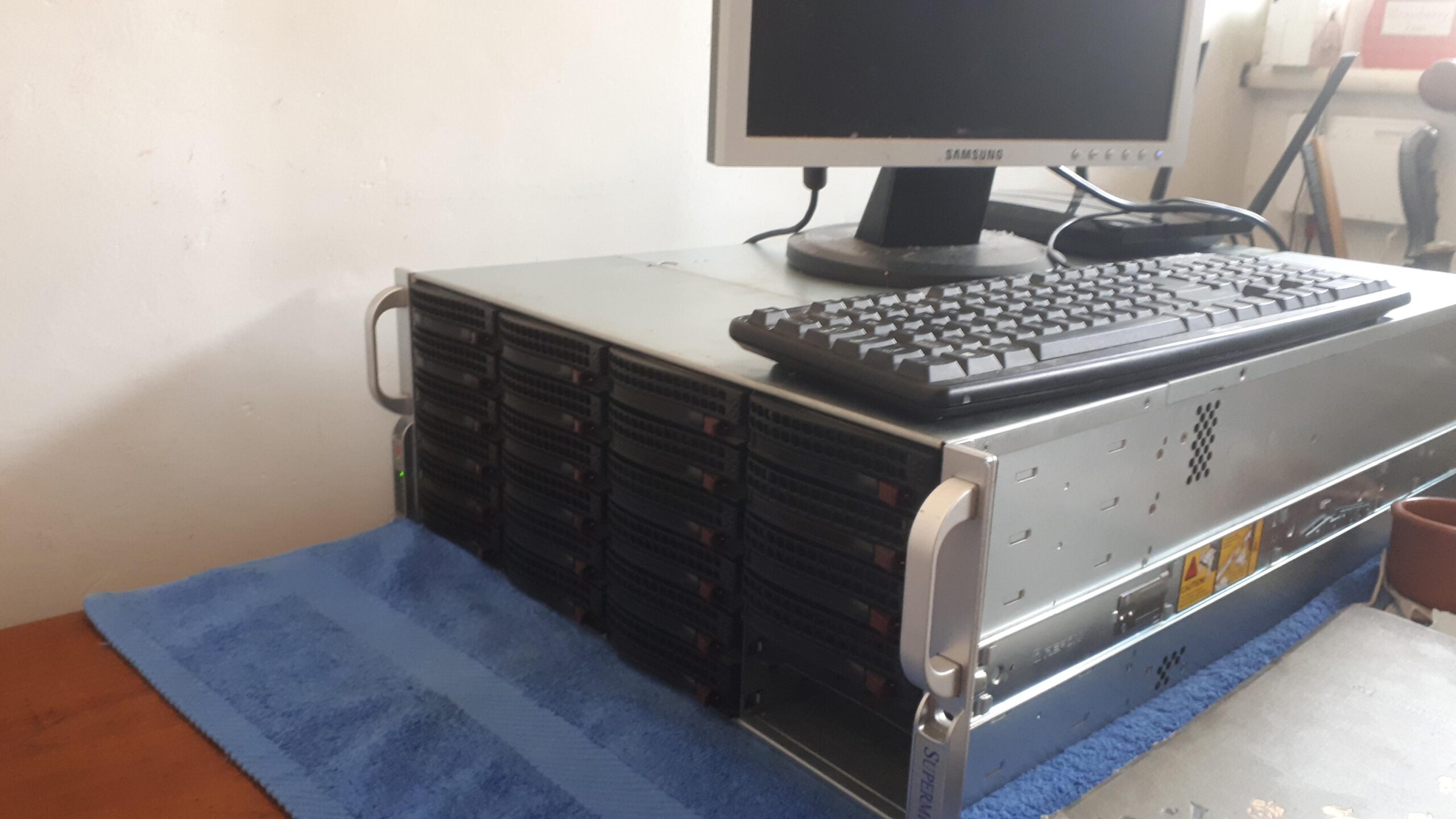 You can never have too much storage.

At least, I can’t. Between backing up the various machines around the house and the VPS this site sits on, my repositories of past projects and a fairly hefty collection of ripped media (if you have any early DVDs they’re getting toward the end of their lifespan) I was rapidly outgrowing the repurposed desktop that used to serve me as a NAS and VM host.

Enter the Supermicro CSE-846. 24 hotswap disks will give me plenty of room for future expansion, and the fact that it’s a 4u chassis means I can fit decent sized tower CPU coolers in my quest to quiet it down to something vaguely house-appropriate. It’s an older model, but Supermicro have been using the same chassis for the last ten years so there are plenty of newer platforms I can just drop in when it’s time to upgrade.

Hushing down the chassis fans revealed a new problem however: the PSUs were also on the loud side. Happily Supermicro have several quiet models in their line of redundant power supplies, so a quick swap for the PWS-920P-SQ later and it’s actually tolerable to be near.

Migrating my existing disks across to the new chassis was as simple as plugging them in and waiting for the ZFS pools to pick them up. I haven’t added any more disks yet, but I have 16 free slots and more cores, threads and (now ECC) RAM to spin up virtual machines on for various jobs. 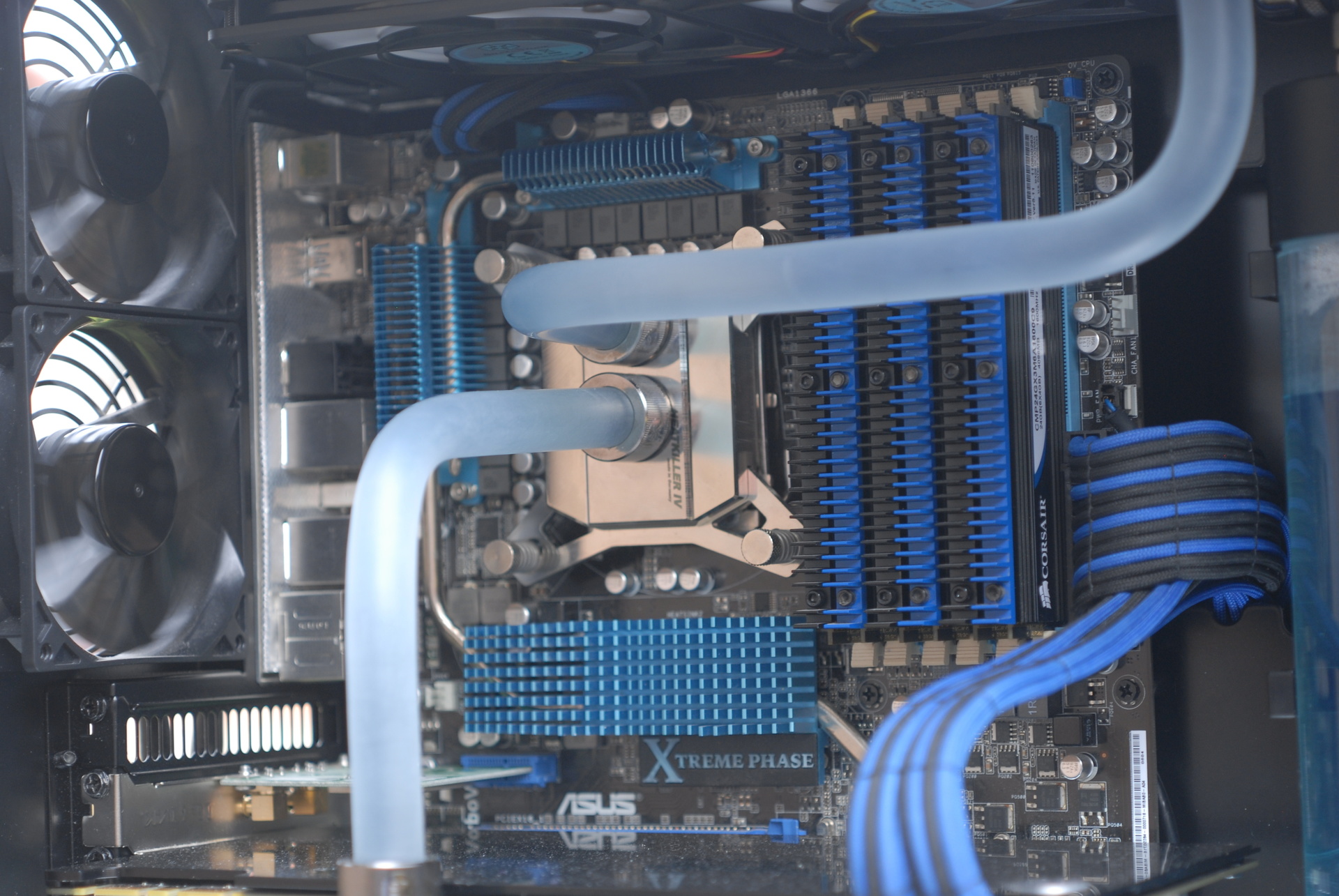 I spend a lot of my time creating digital artefacts. Sometimes it’s nice to spend some time working with my hands to create something physical and tangible, and what better project than making one of the tools I use every day quieter and more pleasing to the eye?

END_OF_DOCUMENT_TOKEN_TO_BE_REPLACED

The cobbler’s children have no shoes

It’s been a while since I’ve written in this blog. For the longest time this site has just been a holding page, because I didn’t want to do anything on the redesign until it was perfect. The thing is though, it’s never going to be perfect, for any number of reasons: I’m too much of a perfectionist, I’ve had another great idea which I really should incorporate, I was busy redesigning my billing/project management software instead. I’d let perfect become the enemy of good, or at least of good enough.

END_OF_DOCUMENT_TOKEN_TO_BE_REPLACED 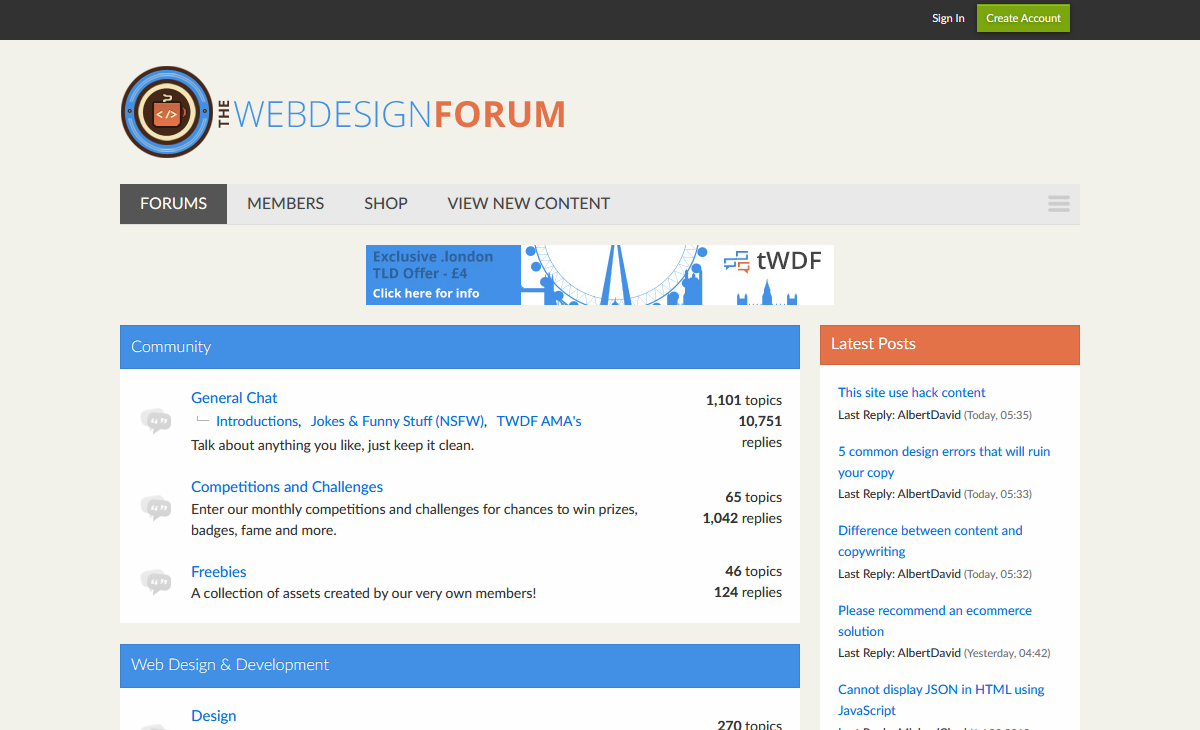 On Forums, and why they’re a Good Thing

One of the first things people find when they’re looking around for information on any subject are forums. Forums are a great resource because they collect a community of knowledgeable people who actively help each other out, in addition to providing a huge searchable archive of information for people who are just looking to find the solution to one problem.

I’ve recently been involved in a project to create a forum for people who are interested in web design and development and all the disciplines (SEO, copywriting, content strategy) that go along with it, and it’s recently launched – without further ado, I present to you: The Web Design Forum.

Responsible developers don’t work live. Working on a local copy of a site and only pushing it live when it’s ready is one of those sensible development practices that everyone should follow, but it can introduce some hitches when working with WordPress. Luckily, wp-config.php is the one core file that’s never overwritten by a WordPress update, so it’s safe to rewrite it to be a bit more useful. The wp-config.php file is generated from wp-config-sample.php by the WordPress install script and anyone who’s worked with WordPress will be familiar with the contents so I won’t list them in full, but you can view the default contents of wp-config-sample.php in the WordPress SVN repository.

END_OF_DOCUMENT_TOKEN_TO_BE_REPLACED 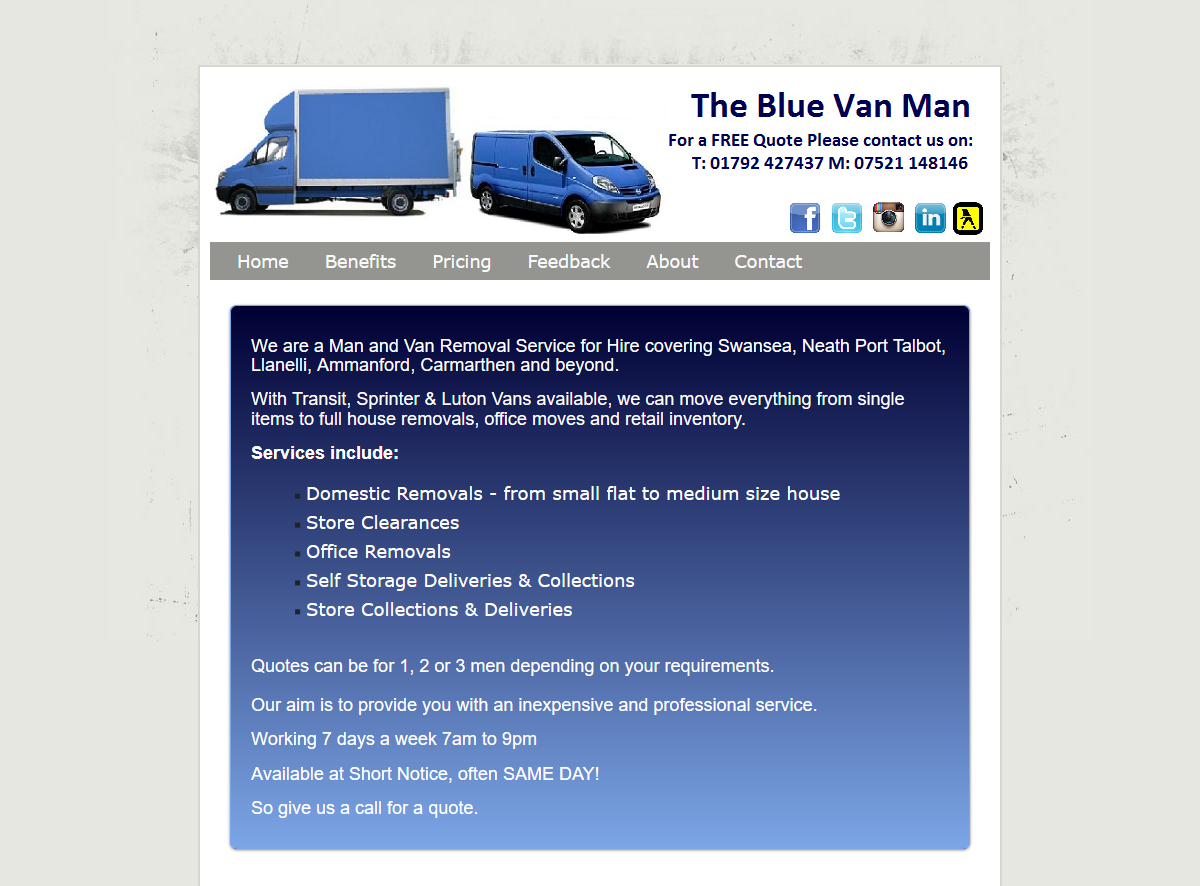 I moved my office this week. I didn’t move far (20 miles) and only had one van-load to move, so I scoured the local listings for a man & van service. I don’t know if you’ve ever looked for something similar on Gumtree or the like, but I’ll save you the trouble: an endless list of (often badly-written) ads ending with a first name and a mobile phone number.

END_OF_DOCUMENT_TOKEN_TO_BE_REPLACED

Load JQuery from Google’s CDN with local fallback in WordPress

The advantages of loading scripts from Google’s CDN are fairly obvious – for a common script such as jQuery, we’re on to a better-than-even chance that the user will already have the script in their browser’s cache from other sites, reducing the total download weight of your site. Even if they don’t, the file will be downloaded from their nearest Google CDN server, which will still be faster than downloading it from your site because it will be downloading in parallel from a different host.

END_OF_DOCUMENT_TOKEN_TO_BE_REPLACED

In Part 1 of this guide, we covered how to set up a portable development environment with the basic set of software tools (a web stack, an IDE and a good text editor). Continuing on, we’ll create a project and make it portable. The instructions given are specific to Netbeans because that’s what we set up in Part 1, but can be easily adapted to your IDE of choice. Once again, you’ll need to follow the first part of this guide on both desktop and laptop.

END_OF_DOCUMENT_TOKEN_TO_BE_REPLACED

Inspired by Elliot Jay Stocks’ recent posts on his iMac plus Air setup, I thought I’d document how to set up a seamless development environment between desktop and laptop. If you intend to set up a similar environment, you’ll need to perform these steps identically on both machines. Part 2 of this series will deal with the basics of setting up a portable project, and Part 3 will cover setting up advanced tools and source control.